Call us at (816) 474-2900 to schedule your test drive on this Silver Ice Metallic 2016 Chevrolet Colorado LT. We are open for business and we’re prioritizing your health and safety. Test drives delivered to your home, deals made over the phone or email, complimentary delivery of vehicles and paperwork. From the comfort of your home you can shop, get pricing, and trade value. We will deliver your vehicle and paperwork. Certified. Silver Ice Metallic 2016 Chevrolet Colorado LT 4WD 6-Speed Automatic 3.6L V6 DGI DOHC VVT 4WD. Odometer is 10963 miles below market average! Certification Program Details: 6 month 6000 mile Power Train Limited Warranty Awards: * 2016 KBB.com Best Buy Awards Finalist * 2016 KBB.com Best Resale Value Awards Reviews: * Comfortable ride; capable and fuel-efficient diesel engine; many available high-tech features; maneuverable size. Source: Edmunds Want to know more? Text us at (913) 215-5243 to chat about this vehicle! Oakes Mitsubishi strives to bring you the lowest prices possible, not just in the Kansas City area, but the entire United States. With our laid-back, quick and pain-free sales process, our high standard of customer service and our many financing options, we know you will find Oakes Auto to be a welcome change from your past experiences. All of our vehicles are reconditioned at our state-of-the-art service center and undergo a multi-point inspection to confirm they meet our expectations for our customers. Vehicle price as shown includes $1000 Dealer Discount, $1000 Trade-In Discount (requires 2013 Model year or newer and less than 100,000 miles), and Finance Discount (requires financing through Ally Auto Finance or Kia Motors Finance; not all buyers will qualify. Located in Kansas City: 7301 State Ave, Kansas City, KS 66112 (913) 222-5300.
Model Overview
The Chevrolet Colorado comes with a choice of three engines. The standard truck comes with a 2.5L 4-cylinder engine making 200 horsepower, while an optional 3.6L V6 makes 305 horsepower. The new Duramax turbodiesel is a 2.8L four that boasts 181 horsepower and 369 pound-feet of torque.
All three engines provide good fuel economy for a truck. The Colorado is rated at 27 mpg on the highway for 4-cylinder 2WD models, with the V6 truck coming in at 26 mpg highway in 2WD trim and an impressive 31 mpg from the diesel. Despite this, the truck is still able to tow up to 7,700 pounds when properly equipped with the Duramax diesel engine and a tow package.

The Colorado is available in three basic body styles: extended cab long box, crew cab short box and crew cab long box. While the extended cab has rear hinged back doors and a small pair of rear seats, the crew cab features four-doors and rear seats big enough to comfortably sit adults, even on long drives. 4-wheel-drive and 2-wheel-drive variants are available in any of the three body styles.

There are four trim levels for the Chevrolet Colorado: Base, WT, LT and Z71. Base models are only available on extended cab variants and while they obviously feature the fewest amenities, bells and whistles, they still have several notable features. Base models come standard with four-wheel disc brakes with anti-lock brakes, a six-speed manual transmission, power adjustable mirrors, a sliding rear window, a rearview camera and a chrome rear bumper.

WT trims are similar to the base model but can be ordered with the crew cab. The WT trim also adds heavy-duty suspension, an improved infotainment system and an automatic transmission.

The LT trim adds a little bit of luxury to the mid-sized pickup. A four-way power adjustable driver's seat is standard, as are 17-inch wheels, a body-colored rear bumper, an 8-inch color screen, remote entry and a leather wrapped steering wheel. 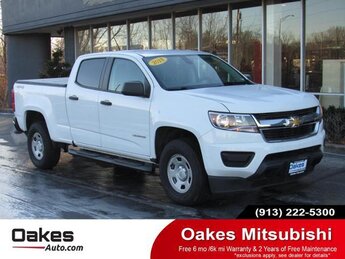 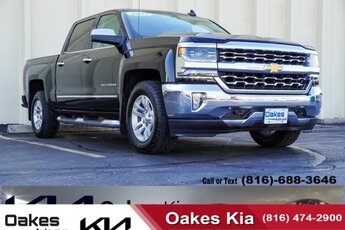 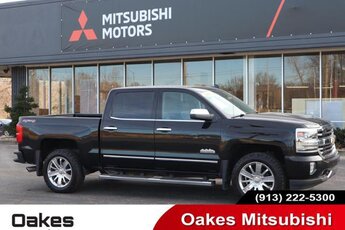