Call us at (816) 474-2900 to schedule your test drive on this Snowflake White Pearl Mica 2014 Mazda Mazda3 s Grand Touring. We are open for business and we’re prioritizing your health and safety. Test drives delivered to your home, deals made over the phone or email, complimentary delivery of vehicles and paperwork. From the comfort of your home you can shop, get pricing, and trade value. We will deliver your vehicle and paperwork. Certified. Snowflake White Pearl Mica 2014 Mazda Mazda3 s Grand Touring FWD 6-Speed Automatic 2.5L I4 Certification Program Details: 6 month 6000 mile Power Train Limited Warranty Awards: * 2014 IIHS Top Safety Pick+ * 2014 KBB.com 10 Best Sedans Under $25,000 * 2014 KBB.com 10 Tech-Savviest Cars Under $20,000 * 2014 KBB.com 10 Best Used Compact Cars Under $10,000 * 2014 KBB.com 10 Coolest New Cars Under $18,000 * 2014 KBB.com 5-Year Cost to Own Awards Reviews: * Its 3rd-generation remake has given the Mazda3 a far more engaging personality that encompasses both its visual and functional elements. The new Mazda3 drives as great as it looks, and introduces new technology and safety features not found in any of its current class rivals. Source: KBB.com * In the world of compact cars the Mazda3 is the true driver's bread and butter. Available in 2 unique models including a 4-door sedan with up to an EPA-estimated 40 MPG Hwy and a 5-door hatchback with a spacious interior. From sporty wheels to its sleek clear-lens taillights, Mazda3 masterfully blends function with design. Heated side mirrors, unobtrusive rain-sensing windshield wipers and bright-tipped dual exhaust outlets are just some of the standard features that sit atop the stylish 18-inch alloy wheels on s Grand Touring. Mazda3's cabin was designed to excite before you even rev the engine, boasting a spacious interior; stylish, ergonomic seating and a dashboard full of available features including dual-zone automatic climate control and a one-touch power moonroof, Keyless Entry & Start System and Welcome Lighting System, heated front seats and an 6-way power adjustable driver's seat, 60/40 split fold-down rear seating. Mazda's SKYACTIV-G gasoline 2.0L engine produces efficient-yet-uncompromised performance, or for even more power, choose the motorsports-proven 2.5L engine on 4-door and 5-door models. Both come available with 6-speed manual or 6-speed automatic transmission. Enjoy crisp, immersive sound delivered through an available 9-speaker Bose Centerpoint Surround Sound System with AudioPilot ambient noise compensation technology. An available infotainment system with navigation can also connect you to Pandora, Stitcher, and Aha internet radio. With the available Bluetooth hands-free system with voice command, making and receiving calls is as easy as pushing a button and saying hello. You can also receive and reply to text messages with 20 preloaded messages with phones that can integrate with this feature. Source: The Manufacturer Summary * Precise handling; very good fuel economy; quick acceleration; refined interior with intuitive controls; available hatchback body style; many advanced features are available. Source: Edmunds Want to know more? Text us at (913) 215-5243 to chat about this vehicle! Oakes Mitsubishi strives to bring you the lowest prices possible, not just in the Kansas City area, but the entire United States. With our laid-back, quick and pain-free sales process, our high standard of customer service and our many financing options, we know you will find Oakes Auto to be a welcome change from your past experiences. All of our vehicles are reconditioned at our state-of-the-art service center and undergo a multi-point inspection to confirm they meet our expectations for our customers. Vehicle price as shown includes $1000 Dealer Discount, $1000 Trade-In Discount (requires 2013 Model year or newer and less than 100,000 miles), and Finance Discount (requires financing through Ally Auto Finance or Kia Moto
Model Overview
The all new Mazda3 comes with one of two engine choices, both utilizing Mazda's SKYACTIV TECHNOLOGY to increase fuel economy. The base engine, available on all 'I' models is a 2.0L 4-cylinder unit that makes 155 horsepower and is capable of up to 41 mpg on the highway. It's connected to either a 6-speed automatic or a 6-speed manual. The optional engine, available across the "s" range, is a 2.5L 4-cylinder capable of 184 horsepower, a fairly high number for a compact. Despite its power, the Mazda3 is still able to achieve up to 40 mpg on the highway with the more powerful engine when equipped with Mazda's i-ELOOP regenerative braking system. The more powerful 2.5L engine is available only with a 6-speed automatic.
The Mazda3 is available in two body styles, sedan or 5-door hatchback, while each body style is available in several different trims. The most basic trim, the Mazda3 i SV is available only as a sedan. The rest of the trims, Sport, Touring and Grand Touring are available with either body style. The larger 2.5L engine is only available on Touring and Grand Touring models.

The Mazda3 i SV may be the least expensive trim available, but it does come with some significant features, further increasing the value quotient of the vehicle. Standard features include power door locks and windows, 16-inch wheels, keyless entry, push-button ignition, body colored door handles, air conditioning and power-folding external mirrors.

The Touring trim adds heated outside mirrors with turn signal indicators, a leather steering wheel and shifter, a rear armrest and cup holder and a blind spot warning system. Also available on the touring trim is the Technology package, which adds a 7-inch full color, touchscreen display, a navigation system, a rear view camera, a 9-speaker sound system, two USB ports, voice recognition, internet and satellite radio integration and a compartment for sunglasses. Any buyers who order the Mazda3 s Touring with the more powerful 2.5L engine will get all of the features included in the technology package as well as a few extra goodies like bi-xenon headlights, fog lights, 18-inch alloy wheels, a 6-way power adjustable driver's seat and steering wheel mounted paddle shifters.

The Grand Touring trim adds leatherette seating into the equation along with a moonroof and heated front seats. Like the Touring trim, buyers opting for the more powerful engine will get even more features in Grand Touring form. Items such as automatic headlights and windshield wipers, an auto-dimming mirror and leather seats come standard on Grand Touring trimmed Mazda3 s models. 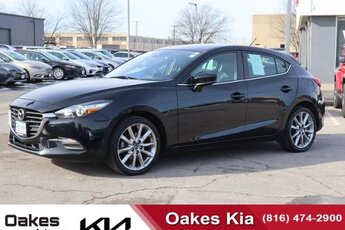 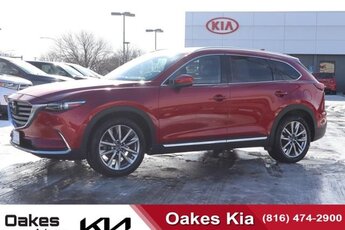